Introduction
Bombings, surrenders, killings, battles, this is the battle of The Netherlands, and a man who fought for his country, New Zealand.

1st paragraph - Person
John Alexander Black was a fighter in World War 2, it all started when he enlisted himself at twenty two years old for the war. After that he went to Trentham to do some military training, and he did that for 4 months. Alexander did not die in the war, he died on 7th February at 95 years old. 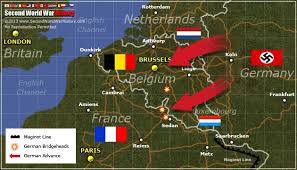 The involvement of The Netherlands in World War 2 was with it’s invasion of Germany on the 10th of May 1940. The Netherlands was part of case yellow, including Belgium, Luxembourg and France in World War 2. The Germans threatened to ruin Dutch cities if the Dutch refused to surrender. The battle ended soon after the devastating bombing of Rotterdam.

3rd paragraph - Rotterdam blitz
The Rotterdam blitz started on 14th of May 1940 during the German invasion of The Netherlands in World War 2. They bombed it by luftwaffe (German air force), bombs falling like leaves off a tree during autumn. It destroyed almost the entire historic center, killing 900 people and leaving 85,000 people homeless.

Young vinnies are people who visit rest homes and talk to the elderly at the rest homes. We also got to choose to be ECB buddies which stands for Early Child Hood Buddies and it is when people go out to different kindergartens and play with the little kids, I love little kids but I wanted to be a young vinnie because I also like to talk to the elderly and I like to entertain them, and I like saying hello to them and making them smile.

I usually bring something to share and talk about, like today I brought my laptop and shared my persecution work on my blog which is just below this post please read it :)

Posted by Stefanie's blog at 4:33 PM No comments:

Vikash Patrick could not help but smile, at his side was his 19 year old bride: Deepe dressed in deep pink.

As they sang the last lines of the hymn Vakisha watches as a lady enters the church and sits in the row in front of them, Vakisha looks at the church entrance to see if anyone else was entering. Right now Nepal wasn’t a safe place to worship, only a few months earlier a priest had been murdered.

There was no place he would rather be than with his wife worshiping God. What Vakisha did not notice was that the lady that sat in front of him took an object out of her purse, and slipped it in her sleeve, then left the church leaving her purse on the seat in front of them.

Five minutes later a bomb exploded, Vakisha was knocked to the floor, still conscious he looked at his wife but did not see her. He called out her name but could not hear the sound of his own voice, the explosion must have burst his eardrums.

Mixed with the red and orange colors he was seeing he saw a deep pink color, the same as Deepe’s dress. Salt water rolled down his eyes, as he was losing his consciousness a man picked him up out of the church.

He survived, but his bride did not.
Posted by Stefanie's blog at 5:29 PM No comments:

My heart was pounding, I was as shaky as a vibrating phone. I was light headed it felt like my head no longer had blood inside, it just felt like a balloon slowly drifting above the snow white clouds.

"Should I do this?, should I not?" I thought really hard about this. 3, 2, 1! I jumped as low as I could so I wouldn't spring up as much. My scream sounded like I had just chopped one of my fingers off with a kitchen knife! As I dangled  in the air with my arms out as if I was flying, I smiled and thought about how proud I was of myself.

Just a second after a boat picked me up and got me down, I was so relieved. I don't think i'm going to go again.
Posted by Stefanie's blog at 4:51 PM No comments: